brief showers here again today - this is like the summers I remember in earlier years when we would get frequent downpours, though not constant rain - 4"-5" over the last week for us - on the bright side, that Houston humidity keeps you looking young !

The National Weather Service in League City has issued a

* At 514 PM CDT, Doppler radar indicated heavy rain due to
thunderstorms. This will cause minor flooding in the advisory
area. Rain rates of one inch per hour are possible with this storm.

Excessive runoff from heavy rainfall will cause flooding of small
creeks and streams, urban areas, highways, streets and underpasses as
well as other drainage areas and low lying spots.
Top

The National Weather Service in League City has issued a

* At 518 PM CDT, a severe thunderstorm was located over Hooks
Airport, or near Tomball, moving northwest at 20 mph.

IMPACT...Damage to vehicles is expected.

For your protection move to an interior room on the lowest floor of a
building.
Top

I would hate to be driving through it, but pretty on satellite

The rain chances are fairly high for the next 5 days and the latest qpf forecast from the WPC has all the rain along the coast and offshore. I don’t think that’s going to verify. I’d go with the Euro right now. It’s looking pretty close to what I believe will happen. This new FV3-GFS is lost.
Top

The compact upper air disturbance that was near Little Rock yesterday morning continued to move SW and is located near Austin this morning. It should continue to move SW and shear out today. Showers and thunderstorms look likely today with some high rainfall rates and the potential for some localized flood issues, mainly for street and small streams where the heaviest storms do fall. The inverted trough axis is located back across Central Louisiana and the Northern Gulf Coast. That feature should slowly migrate West today into tomorrow. The SPC has outlined a Marginal Risk for severe storms today and the WPC has a Marginal Risk for Excessive Rainfall today for portions of our Region. The afternoon looks stormy for most if you have outdoor plans.

The Tropical Atlantic Basin continues to be quiet while the EPAC is churning out Tropical Cyclones almost daily now. Alvin is dissipating while future Barbara (94E) is organizing and may make the long run West toward Hawaii. 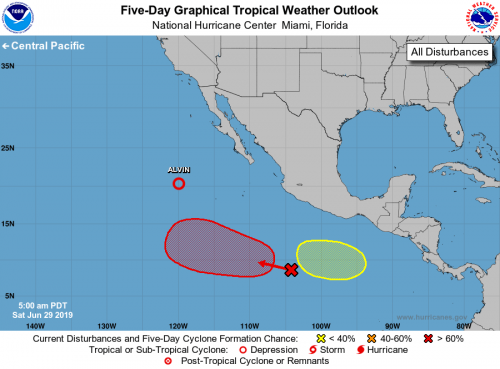 every time I look at the radar we are the only area that's ever raining...always the same blob in the same place. all the time. why? why is that? are we in the midst of some major permanent global climate change they aren't telling us about? big cover up?
Top

Getting our entire AC system replaced today but hopefully the short range models are correct and the heavy thunderstorms and rain holds off until 4PM across NW Galveston County.

Another round of afternoon showers and thunderstorms will occur across SE TX today. The SPC has a marginal risk area of severe thunderstorms across all of SE TX. A mid level disturbance over SW AR and NW LA will move SW through SE TX this afternoon resulting in thunderstorm development during the daytime heating.

The Houston-Galveston NWS has some concern near the coast and especially the Galveston Bay Area with sea breeze thunderstorms colliding with the outflow and associated thunderstorms moving into the coastal areas from the NE. This would increase the intensity of the thunderstorms along with very heavy localized rains. Short range models are showing localized areas of 2-4” rains. 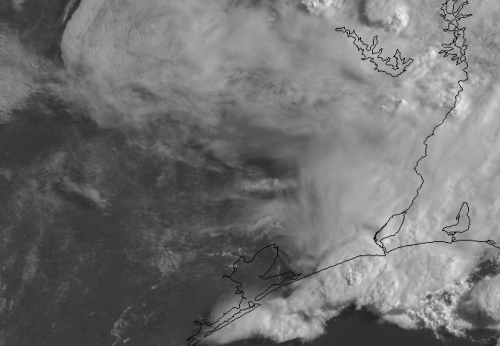 what's with the tropical system heading for us next Tues-Thursday? has it been mentioned in here?
Top

It's a tropical wave
Just because you're disabled, you don't have to be a victim
Be Weather Aware & Prepared!
Barbara Jordan Winner in Media
Disability Integration Consultant
Top
Post Reply

Users browsing this forum: No registered users and 14 guests