We enjoyed a little rain and some thunder at lunch time. Nice!
Top

Almost 2 inches here by the Bay!
Just because you're disabled, you don't have to be a victim
Be Weather Aware & Prepared!
Barbara Jordan Winner in Media
Disability Integration Consultant
Top

We've only seen a sprinkle to far, but I would expect NW Harris to experience a few inches. We could really us a couple of inches of rain...but at least it is cooler, cloudy, and damper.

A very complicated forecast ahead. I hope we roll sevens.
Top

Wednesday evening briefing from Jeff regarding the Tropics:

Both pattern indicators and global model forecasts suggest an increase in tropical cyclone potential across the Atlantic Basin over the next week to 10 days.

The first area of interest is a strong tropical wave current moving off the west coast of Africa. This wave is accompanied by a large mass of deep convection and actually has model support for additional development as it moves generally W to WNW over the next 5 days. NHC has given this wave a 30% chance of development over the next five days and if model trends continue this percentage will need to be raised. This system will need to be monitored over the next several days.

Recent forecast models have started to suggest that the tropical wave currently SW of the Cape Verde Islands will arrive into the western Caribbean Sea by early next week where both the ECWMF and the GFS show surface low pressure forming. In fact upper level conditions which have been hostile across the Caribbean Sea in recent weeks look to become favorable by this weekend with upper level easterly flow developing. At the same time another frontal boundary may move into the northern Gulf of Mexico late this weekend or early next week and in the past a westward moving tropical wave just south of a frontal boundary has produced tropical cyclones in the Gulf of Mexico. Most recent ECMWF run is fairly aggressive showing pressures falling from 1010mb with the system over the western Caribbean Sea to 999mb over the southern Gulf of Mexico. This area will need to be watched closely by this weekend.

500mb steering pattern is forecast to undergo significant changes over the next 7 days with the current rare and deep central and eastern US trough being replaced with a building and expanding sub-tropical/Bermuda ridge stretching from the central Atlantic to nearly the eastern/central US Gulf coast. If this verifies this would likely suppress southward any potential tropical cyclone tracks. Main question is does this ridge build strong enough to drive any potential tropical systems westward into central America, or is it just weak enough to allow them to gain some latitude. The forecasted 500mb flow pattern from early next week onward will become of great importance should tropical cyclones form in the favored formation hurricane belt from near Africa to the Gulf of Mexico.

The tropical wave moving off the African Coast will likely become the next tropical depression in the Atlantic Basin over the next 5 days. 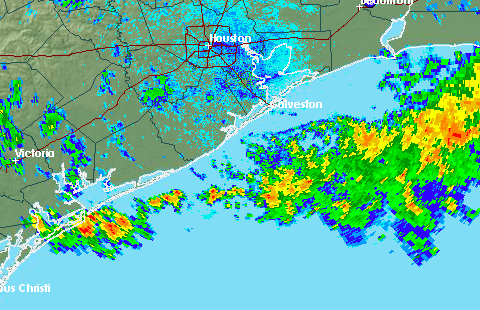 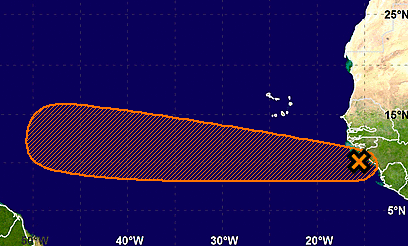 INVEST 99L has been designated by the National Hurricane Center for the tropical disturbance just off the West Coast of Africa in the Far Eastern Atlantic. There is support from the reliable guidance that this disturbance may organize into a Tropical Depression in about a week as it moves across the Central Atlantic generally West. We will be tracking this feature for a while, so there is plenty of time to monitor the trends to see if this tropical disturbance makes it all the way into the Caribbean Sea and beyond.

Closer to home, near the Yucatan Peninsula/Southern Gulf of Mexico, the Ensembles are suggesting about a 50% chance for Tropical Cyclone Genesis during the 120 to 240 hour range coming from what looks like a tropical wave and a bit of a monsoonal trough daggling across Central America. This potential feature will likely need to be monitored a bit more closely being that it is in our backyard of the Gulf of Mexico.

All the Hemispheric Features we have been monitoring continue to suggest conditions are quickly becoming rather favorable for Tropical Mischief to possibly organize, particularly across the Western/NW Caribbean Sea and the Gulf of Mexico.

.AVIATION...
Starting to see some SHRA trying to develop to the E of UTS where less
cloud cover is found. Enough heating looks to be taking place to possibly
allow for more SHRA and maybe some TSRA to form as the afternoon progresses,
so will carry VCSH/VCTS through 04/00Z. Quiet overnight with possible
activity developing before sunrise, especially near the coast. Better
chances for SHRA/TSRA late tomorrow morning through tomorrow afternoon
with daytime heating. 42
&&

DISCUSSION...
12z soundings support high temps between 88-90 degrees this
afternoon with convective temps also between 88-90 over the north
to the lower 80`s over the south. 300 mb analysis still shows a
weak split in the jet structure with upper level winds remaining
diffluent but can`t find any speed max to help initiate
convection. No discernible features are visible in water vapor
imagery either. Will maintain higher PoPs over the southern half
of the CWA with lower PoPs to the north primarily based on the
latest HRRR/RAP guidance. Any breaks in the cloud cover will allow
for a quick burst of heating so will leave current temp forecast
as is. Other than lowering PoPs over the north/central zones and
tweaking sky grids, not anticipating any other changes. 43
Top

INVEST 90L has been designated for the disturbance in the SE Caribbean Sea.

For the North Atlantic...Caribbean Sea and the Gulf of Mexico:

1. A vigorous tropical wave accompanied by a broad low pressure system
is producing a large area of cloudiness and showers more than 300
miles south-southeast of the Cabo Verde Islands. Environmental
conditions are forecast to be conducive for gradual development, and
a tropical depression is likely to form by early next week over the
eastern or central tropical Atlantic Ocean. This system is forecast
to move toward the west or west-northwest at 10 to 15 mph for the
next several days.
* Formation chance through 48 hours...low...30 percent.
* Formation chance through 5 days...high...70 percent.

2. A strong tropical wave located over the southeastern Caribbean Sea
is producing a large area of cloudiness and thunderstorms, along
with tropical-storm-force wind gusts in squalls. Environmental
conditions are expected to become a little more conducive for
development by Sunday over the northwestern Caribbean Sea and by
early next week over the Bay of Campeche while the disturbance
moves westward or west-northwestward at 15 to 20 mph. This system
could produce brief heavy rainfall and gusty winds over Aruba,
Bonaire, and Curacao tonight and Friday. For additional information
on this system, see High Seas Forecasts issued by the National
Weather Service.
* Formation chance through 48 hours...low...10 percent.
* Formation chance through 5 days...low...20 percent.

The 12Z ECMWF suggests TC Genesis from the tropical wave just tagged by the NHC as Invest 90L should begin Sunday into Monday in the NW Caribbean Sea. The Euro suggests there may be a threat to the NE Mexico and South Texas Coasts. We will need to see further Hurricane guidance that is initiated when an Invest is declared. We likely will see the first full package of guidance overnight with the 00Z Guidance runs.

Users browsing this forum: No registered users and 16 guests